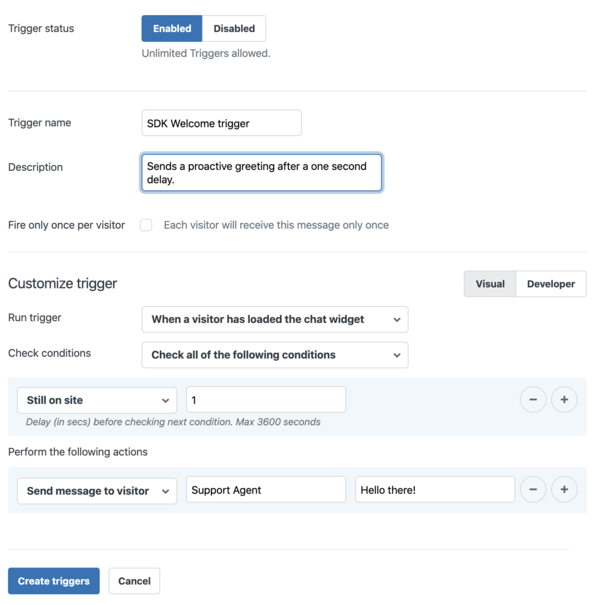 Below is a list of all the previous known issues that have been resolved with the version that they were fixed in.

As of 2.11.0, the Chat instance ignores subsequent requests of the same department name. Direct assignment of the ChatAPIConfiguration on the Chat.instance causes an (internal) department request. The UI layer also attempts to set the department at the end of the pre-chat form flow, which initiates the chat once the completion is fired. Since this request follows the one set in the ChatProvider layer, it is ignored. As a result the completion is never fired. Once the user sends a follow-up message, the chat will start.

If you are using the config to modify the Chat experience, it is recommended to modify the existing object, as opposed to setting it directly.

It's likely you'd like to call some of the APIs before the visitor starts the chat to give the agent more context about the user. This is done through the different provider classes. An issue was introduced in v2.8.0 that causes all API calls to be cleared before they are sent. To ensure they are sent correctly, wrap the API calls inside a ConnectionStatus observer, and fire them once you are definitely connected.