To list the source records associated to a specific target user, organization, or ticket

Suppose the Organizations page in Zendesk has a lookup relationship field that lists account managers. Team members use the field to associate an internal account manager to each organization. 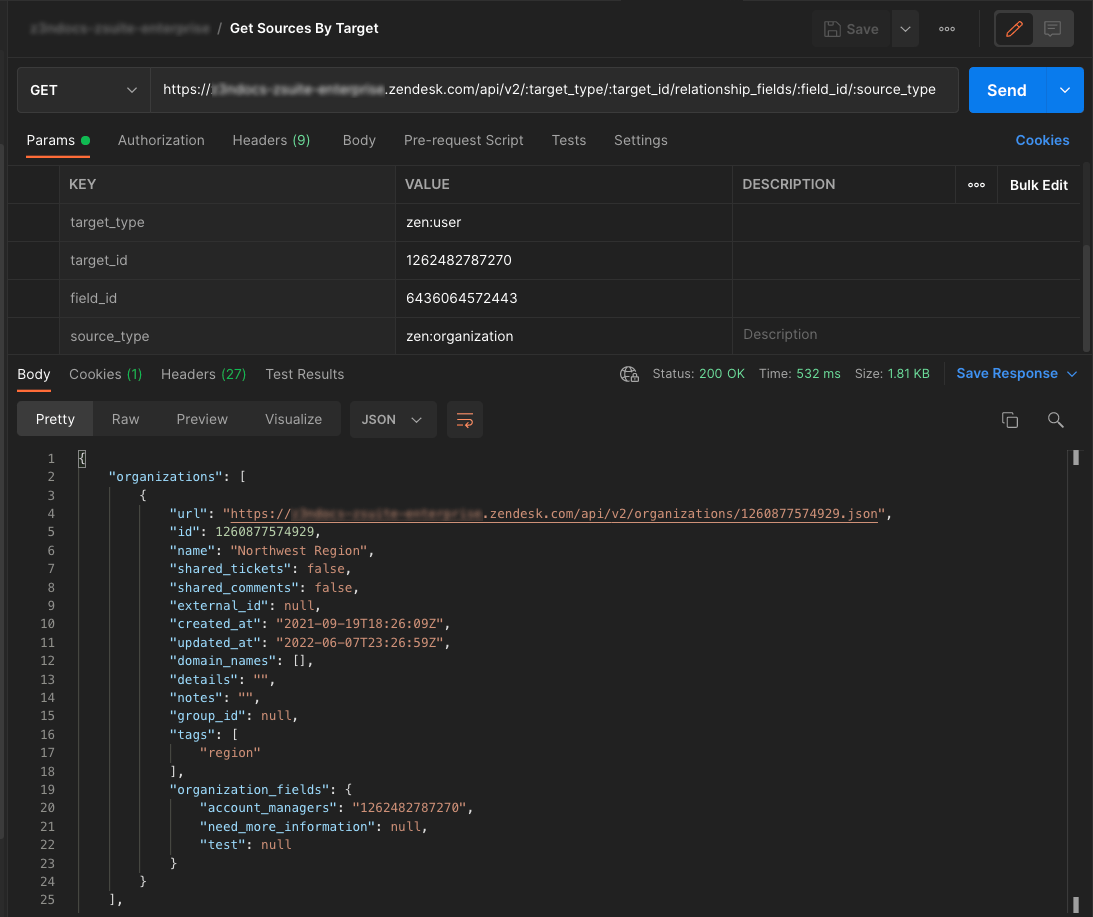 The same request in curl looks as follows: