Build a channel from scratch - Part 1: Getting started

Channels are ways to communicate with your customers. Zendesk Support has many different built-in channels, including email, web forms, Twitter, and Facebook. However, Zendesk can't cover every channel where customers ask for help.

You can use the Zendesk Channel framework to build your own channel to where your customers ask for help. In this five-part project, you'll learn how to build a simple channel to a community in Zendesk Help Center.

Help Center managers can currently create a ticket from a post by clicking Create a ticket in a menu on the post. However, the new channel will create the tickets automatically so that questions don't fall through the cracks. Also by sharing an answer in the original post rather than in a private ticket conversation, the channel allows other users to benefit from the answer and potentially reduce the number of tickets.

Topics covered in this article:

This is the first part of the project:

To consult the developer docs as you work through the project, bookmark Channel framework.

Disclaimer: Zendesk provides this article for demonstration and instructional purposes only. The channel developed in the article should not be used in a production environment. Zendesk does not provide support for developing a channel. Please post any issue in the comments section below or search for a solution online.

When the channel is in place, the experience for customers and agents will look as follows.

A customer with a question starts by creating a post in the Help Center community: 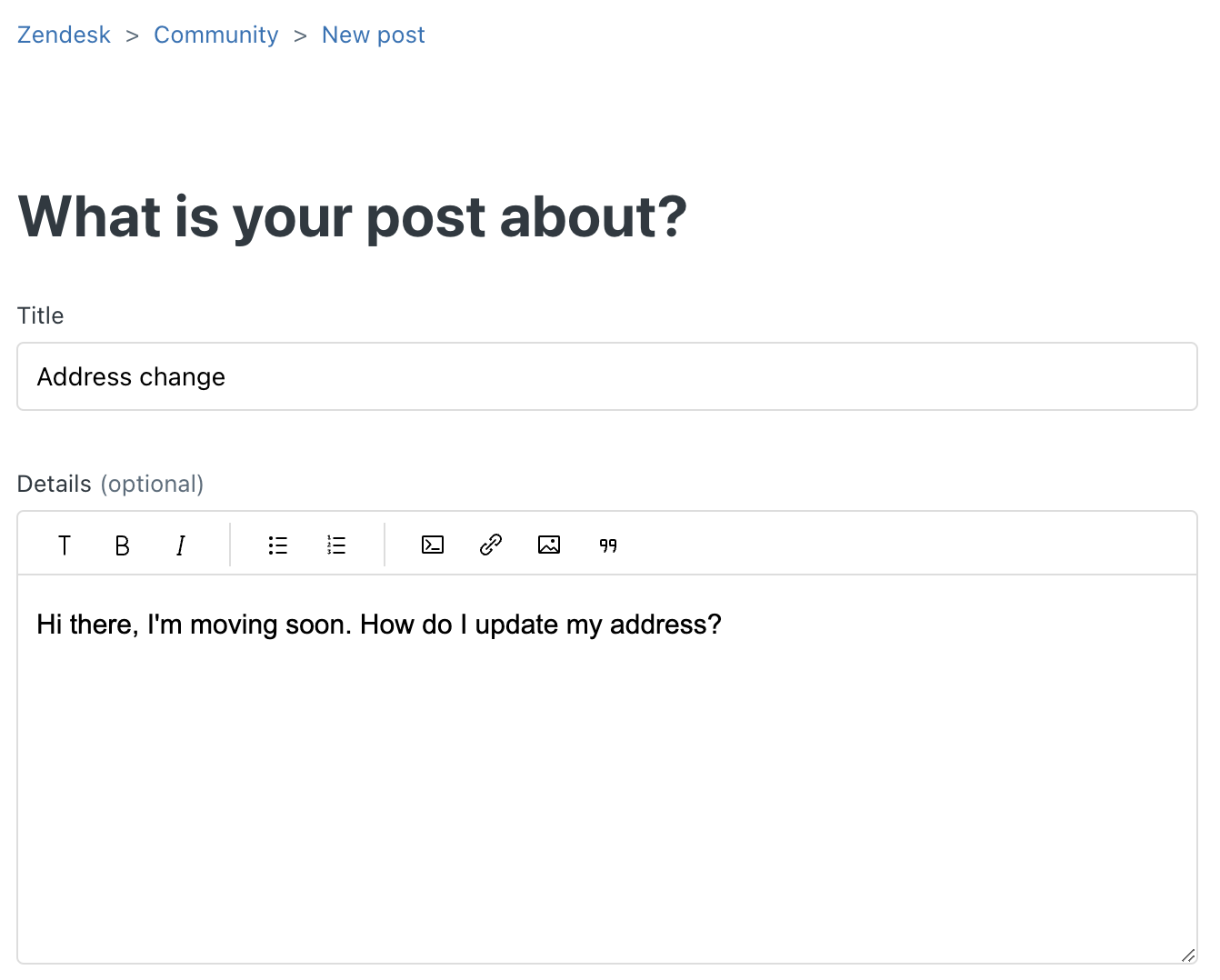 After a moment, the post becomes a ticket in the agent interface: 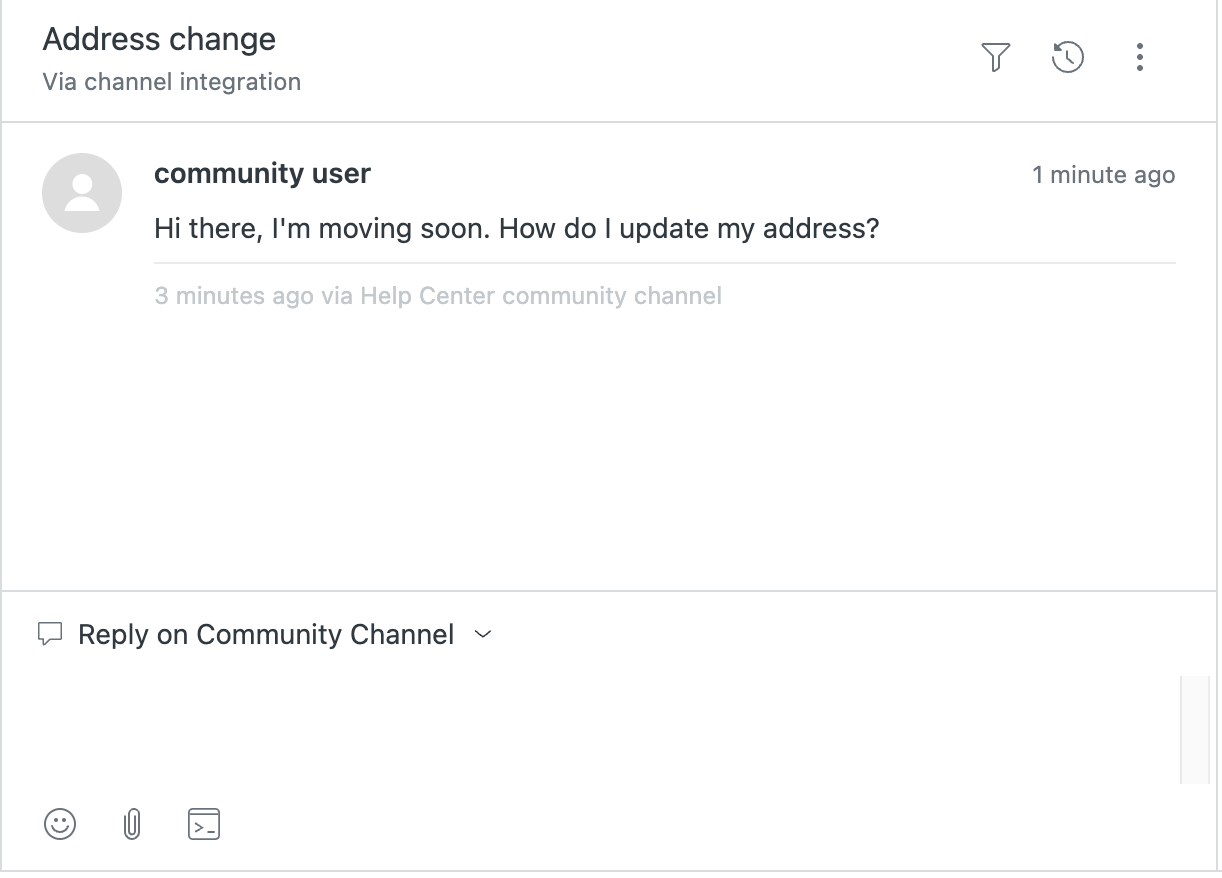 The agent adds a comment to the ticket and saves it: 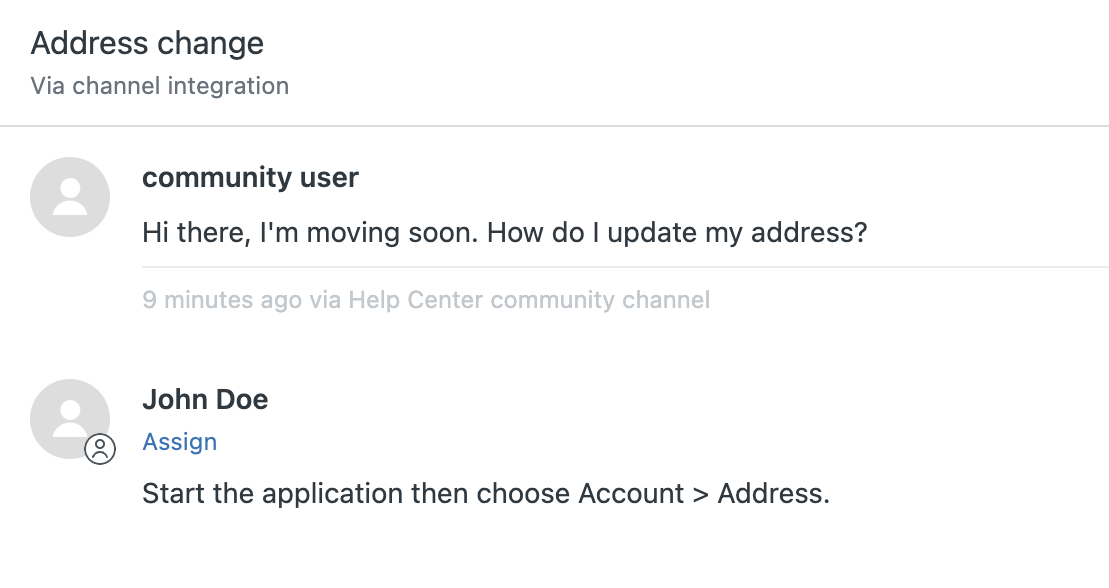 After a moment, the agent's comment appears as a reply to the original post in the community: 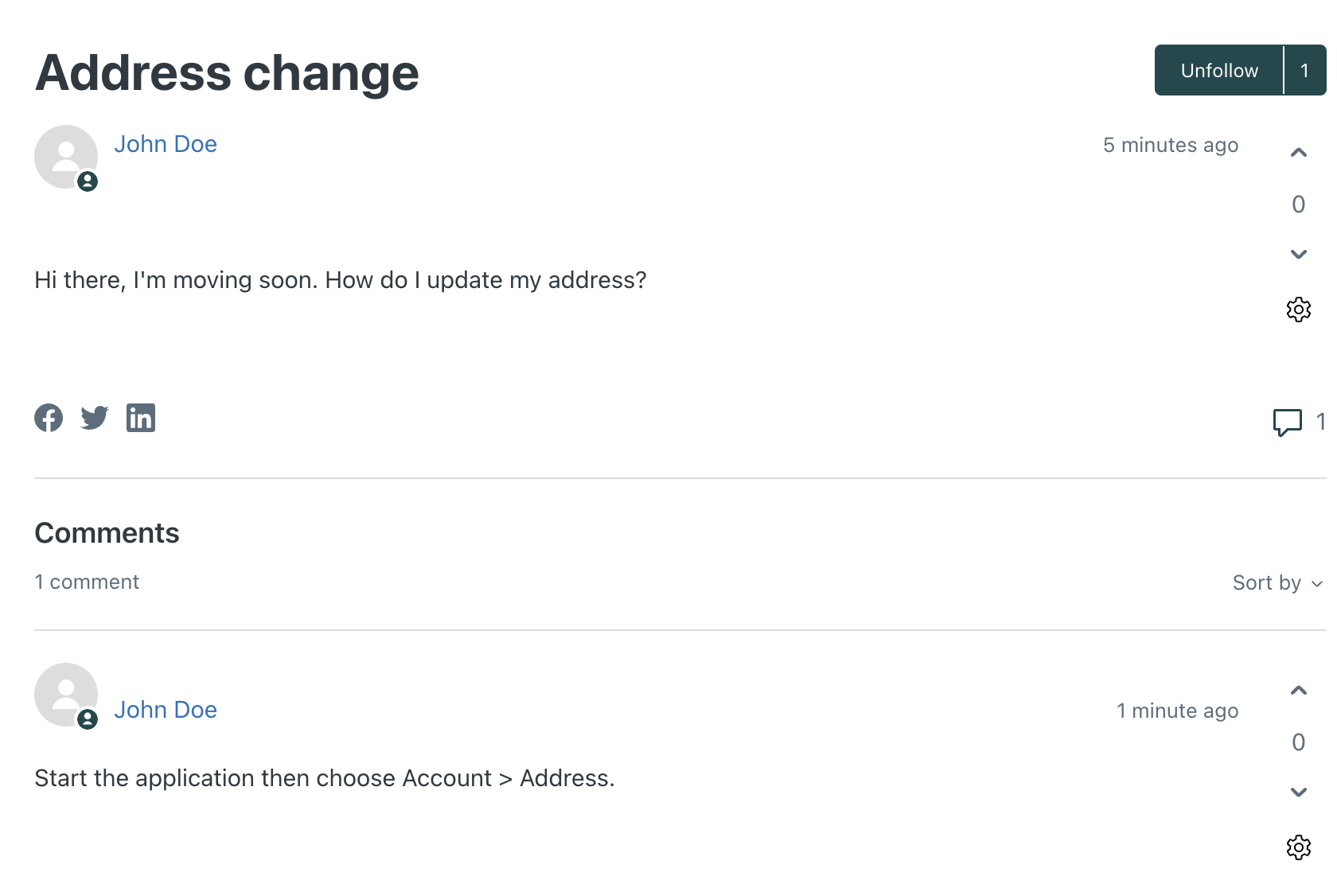 Setting up your development environment

If you just want to follow along with the tutorial and don't want to build the community channel yourself, you can skip this section.

If you want to build the community channel in this project, you'll need the following:

Next part: Creating the integration service