Anatomy of a ZIS Bundle

A ZIS Bundle is a declaration of the ZIS resources which are the building blocks of your integration.

To illustrate how ZIS resources work together in a ZIS Bundle, here’s an example bundle where a message is posted in Slack when a comment is added to a Zendesk Support ticket. The following resources are defined: 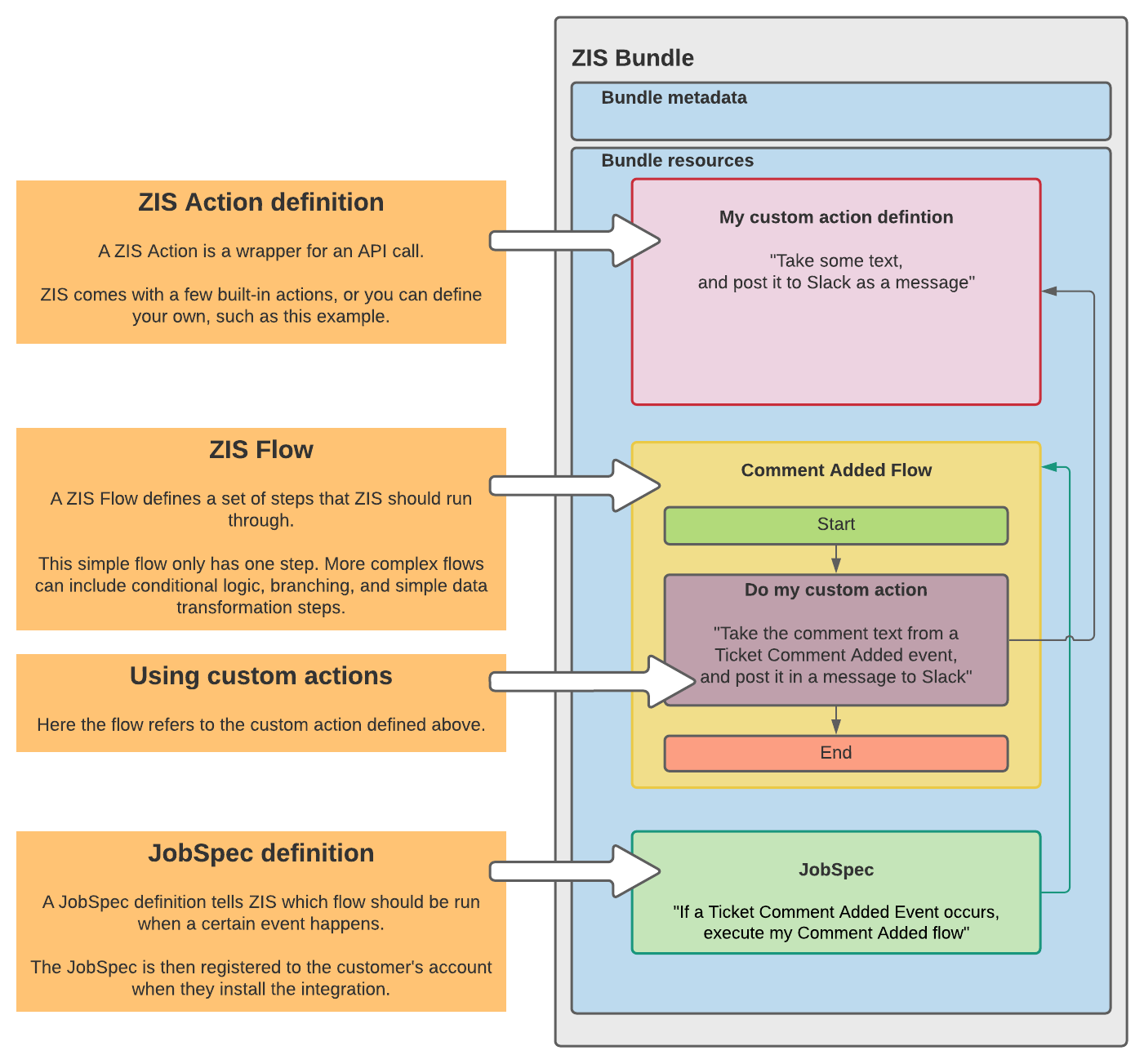 Let’s look at the JSON file for this bundle:

You can view the bundle JSON file in ZIS Bundle: Adding a Choice state. 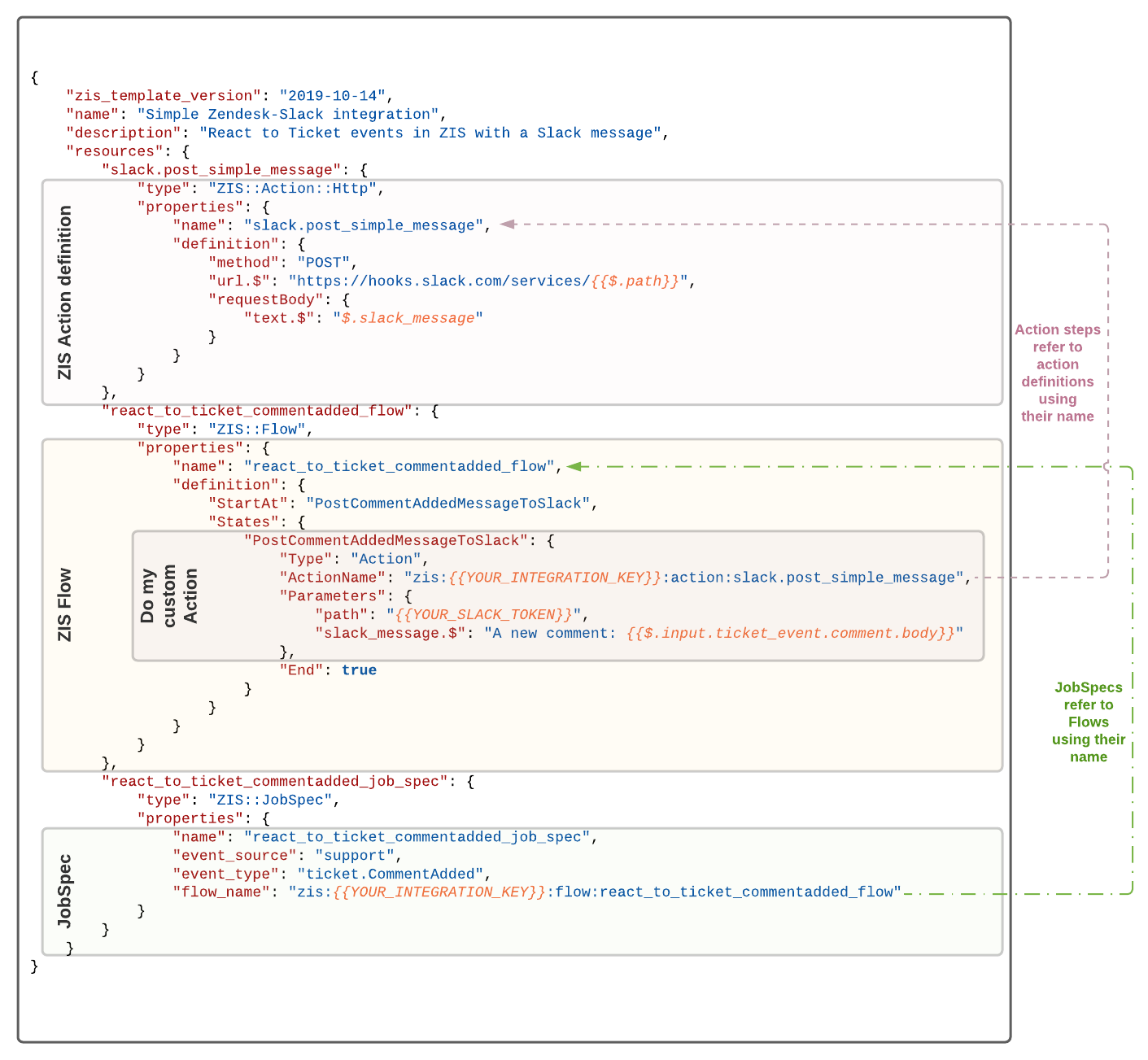 A key feature of flows is the ability to access data from the event that triggered it. The triggering event's data is available via the $.input object.

You can see here where the flow makes use of the comment body from the ticket.CommentAdded event: 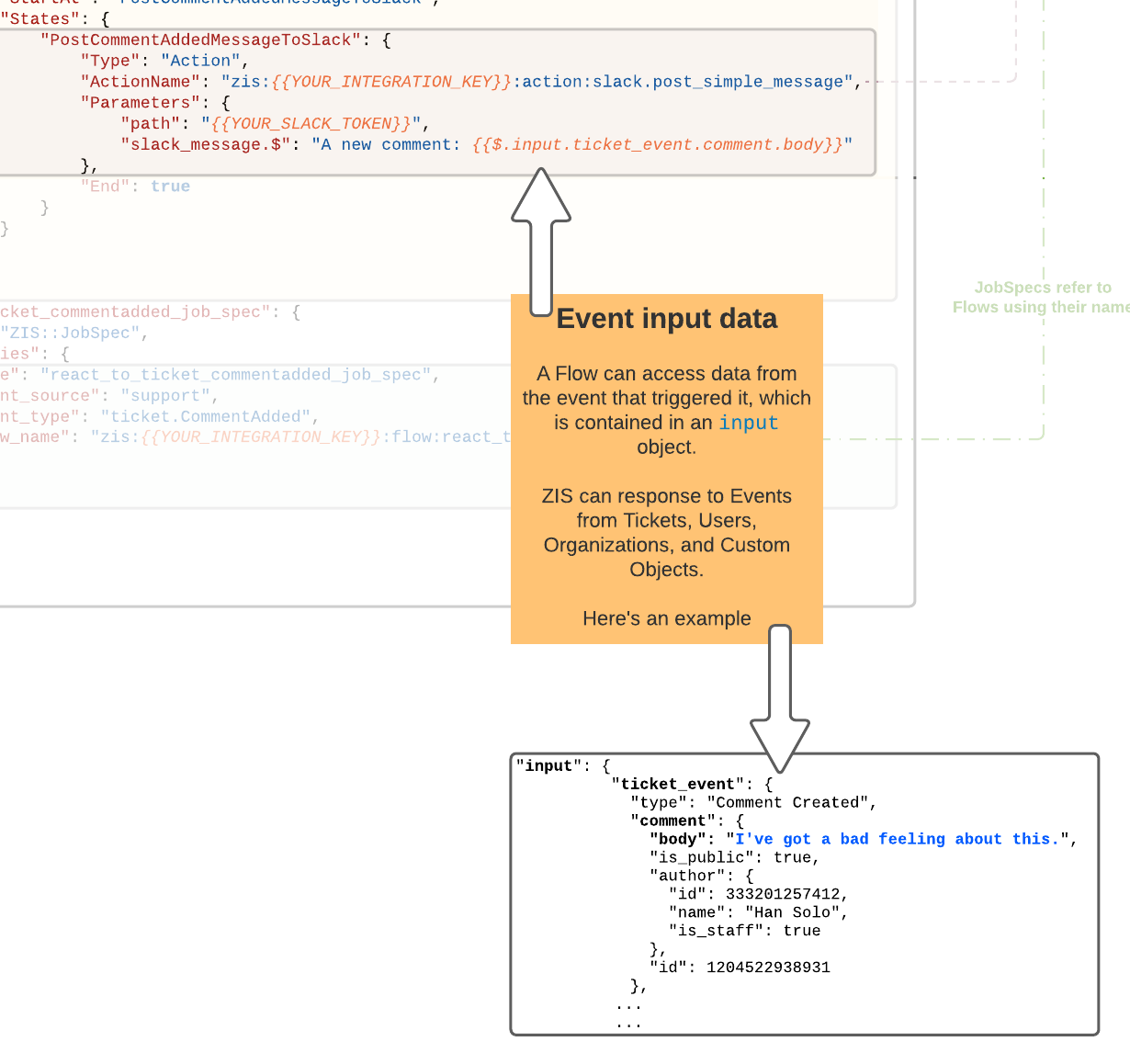 A slightly more complex example can contain the following components:

You can view the JSON file in ZIS Bundle: Posting a message in Slack when the ticket status changes. 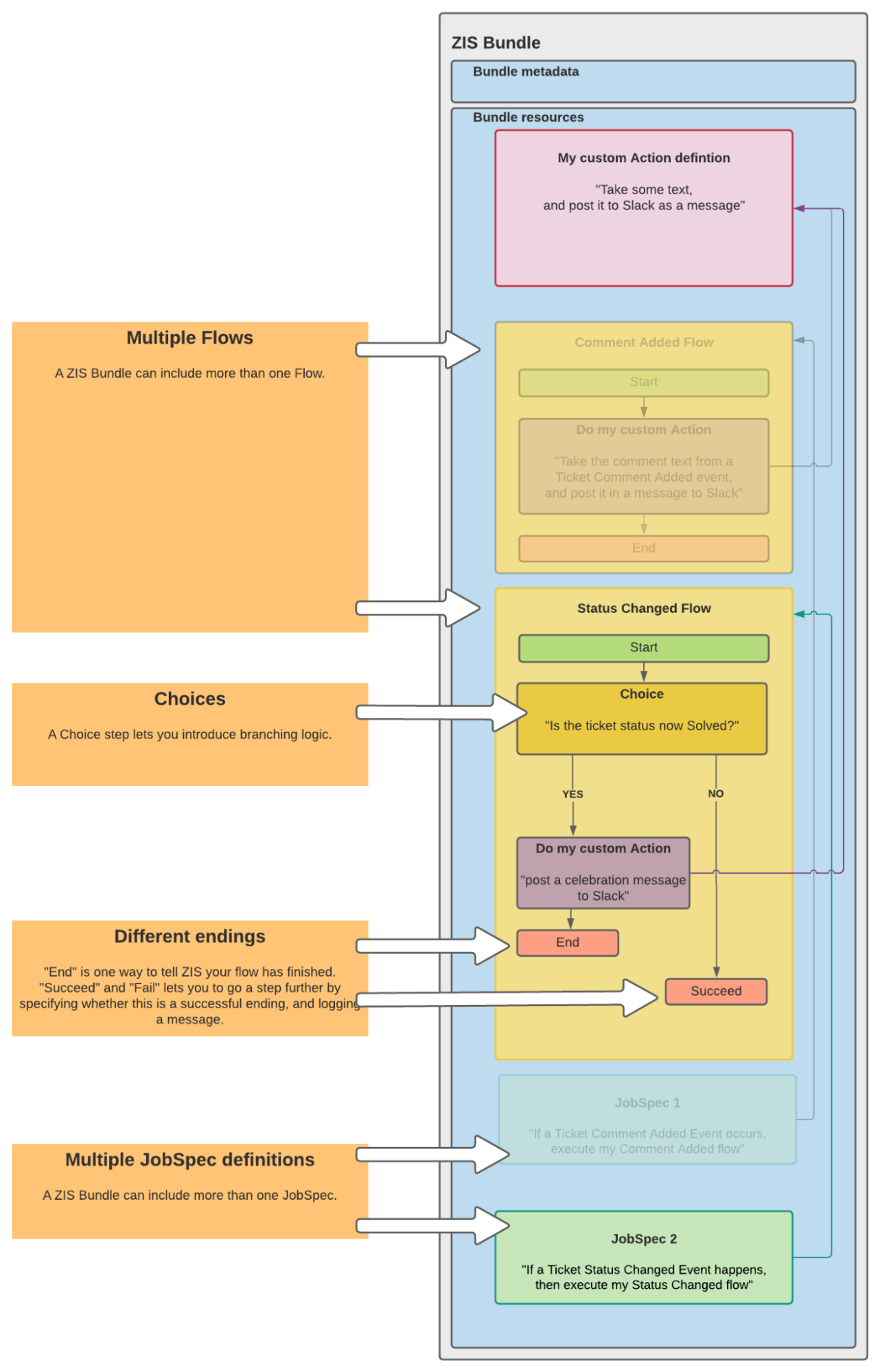 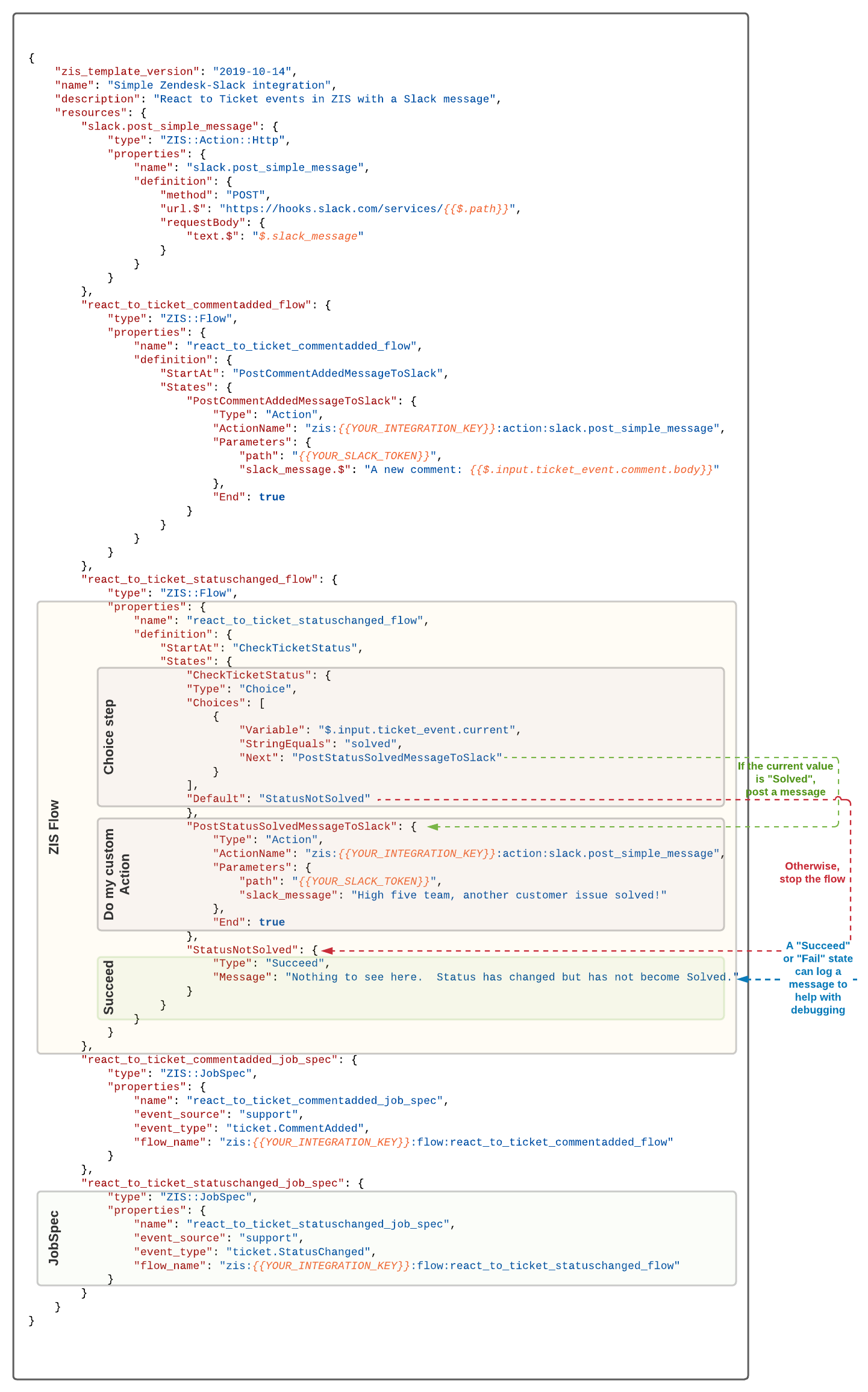 Using the ZIS Registry API, you can create the underlying resources in the ZIS Bundle. Example:

The following properties are required:

All resources for an integration need to specify the same integration name identifier when being created. See the ZIS Integrations API.

When you submit a bundle to the ZIS Registry Service, resources are created and stored with all associations established.