In the previous tutorial in this series, you learned core concepts about server-side Zendesk apps. In this tutorial, you'll build a small web app that displays server-side content in a Zendesk app.

The tutorial covers the following tasks:

This tutorial is the second part of a series on building a server-side Zendesk app:

To keep things simple, you'll build the web application using a Python micro web framework named Bottle. You'll need only two dozen lines to build a working web app for this tutorial. The framework helps keep technical details to a minimum so you can focus on the logic, which you can apply in another framework if you want.

Disclaimer: Zendesk provides this article for instructional purposes only. The Zendesk Support team does not provide support for the content. Please post any issue in the Zendesk Apps framework (ZAF) community, or search for a solution online.

Even when building a server-side web app, you still need to create a basic framework app with the following required files and folders:

You can generate these files using the Zendesk Command Line Interface (ZCLI). Refer to Creating starter files for a Zendesk app.

You'll need to change the URL again when you deploy the web app.

To develop and test the web application, you'll need Python and a pair of Python libraries, as described next.

Install version 3 of Python on your computer if you don't already have it. Python is a powerful but beginner-friendly scripting and programming language with a clear and readable syntax. Visit the Python website to learn more. To download and install it, see http://www.python.org/download/.

The Requests library simplifies making HTTP requests in Python. Use the following pip command in your command-line interface to download and install it:

If you get an error and have Python 3.3 or earlier, try pip install requests instead.

If you have any other problems, see the Requests instructions.

Bottle is a micro web framework for Python. Use the following pip command to download and install it:

If you get an error and have Python 3.3 or earlier, try pip install requests instead.

If you have any other problems, see the Bottle instructions.

Set up the web application

To display server-side content in the iframe app in Zendesk Support, simply create a route in the web app to handle requests from the iframe. To refresh your memory, Zendesk Support makes an intial request to http://localhost:8080/sidebar, the URL specified in your manifest.json file.

You can test it immediately with the built-in development server in Bottle:

You can already test the app in the Zendesk Support agent interface:

The browser should reload the page and display the app (such as it is) in the ticket sidebar. It should contain the HTML served by the Bottle web server. 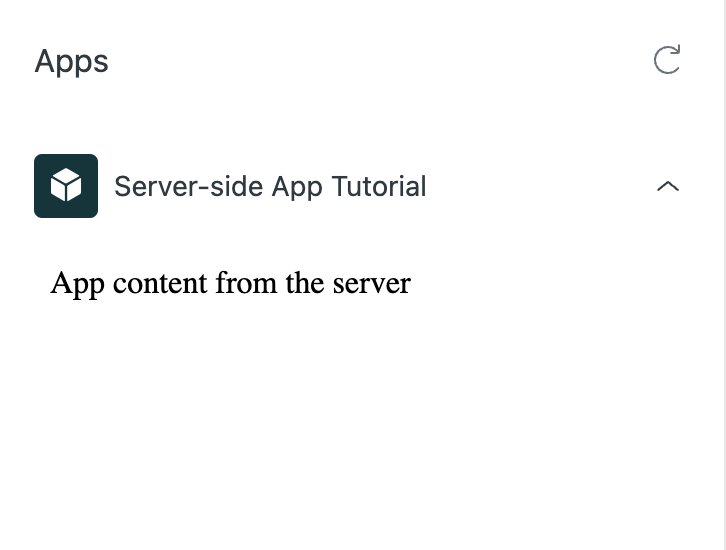 That's all there is to displaying server-side content in a Zendesk app. The rest is just the details of building the web app, including creating pages that can access both external and framework APIs.