In the previous tutorial in this series, you installed ZCLI and created the starter files for an app named Requester X-ray. In this tutorial, you'll work on the user interface so that it meets the design requirements of your app. The tutorial covers the following tasks:

A Zendesk app lives in an iframe in the product. Like any iframe app, developing a Zendesk app consists of combining static and dynamic elements in the HTML file to be displayed in the iframe.

ZCLI created a default HTML file called iframe.html in your assets folder (xr_app/assets/iframe.html). The HTML file defines the visual elements of your app -- such as the header -- that don't change when the app changes states. Open the iframe.html file in your favorite text editor. 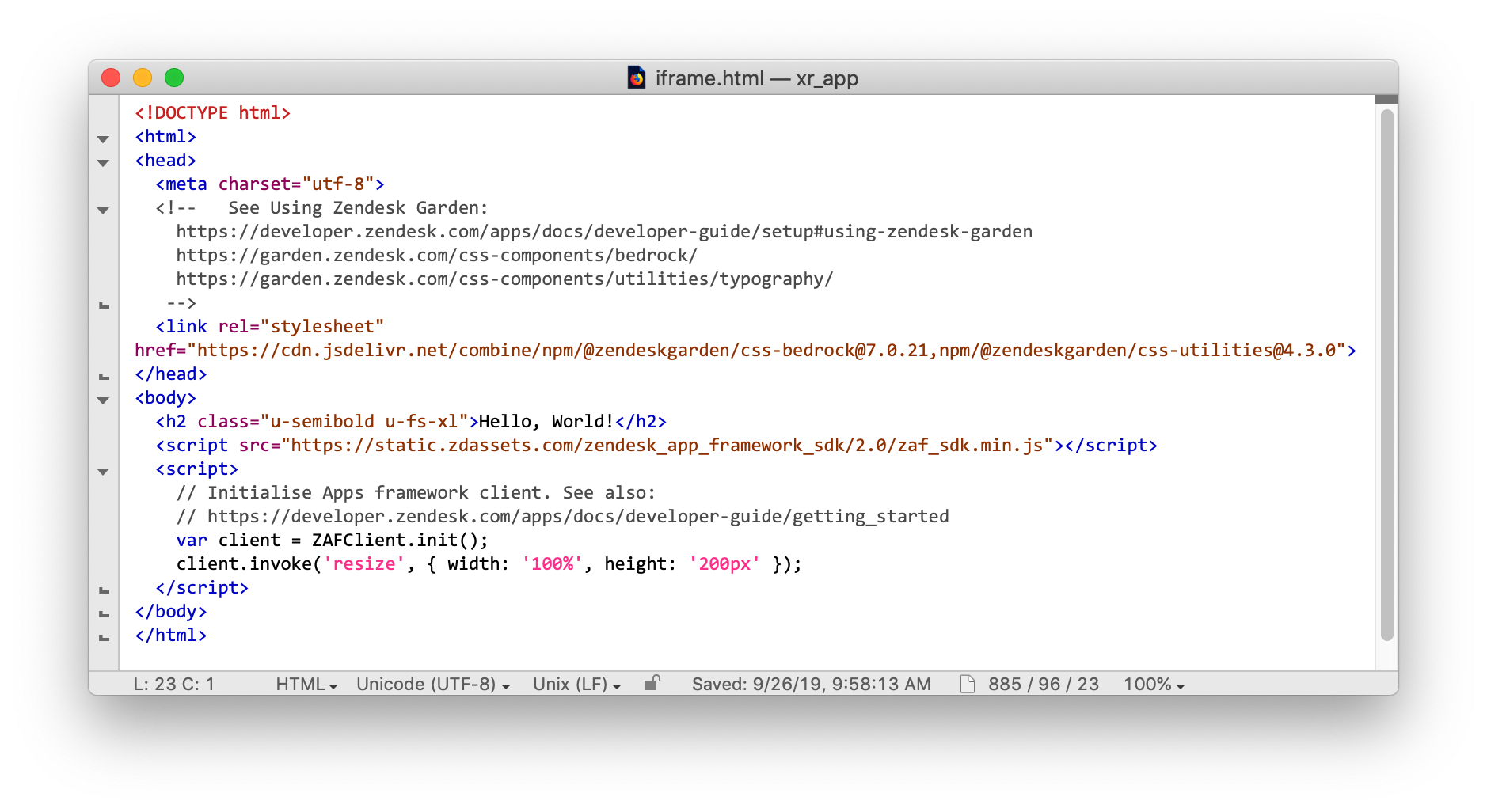 To interact with the Apps framework, the HTML file must import the ZAF SDK library in a script tag:

After importing the SDK, you can use the ZAFClient.init() method to create a Zendesk JavaScript API client:

Your app doesn't do much yet but you can already run it using ZCLI. Run your app often to test your latest changes.

Zendesk highly recommends using private browsing or the Incognito mode in your browser when testing and developing apps. Your browser may cache certain files used by the app. If a change is not working in your app, the browser might be using an older cached version of the file. With private browsing, files aren't cached.

The framework displays a "Requester X-ray" heading that's not defined in the iframe.html file. The heading is defined in the manifest.json file in your app's root folder.

Open the manifest.json file in your text editor. The file already contains values you supplied when you created the app files. 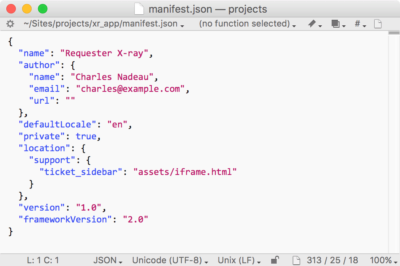 The heading is defined in the name property ("Requester X-ray").

You're free to change or delete all the HTML markup in the iframe.html file. Review your mockup to identify the changes you need to make: 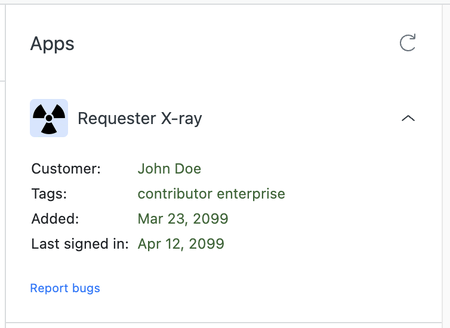 Note: You can ignore the main content for now. You'll insert it with a template in the next tutorial in the series.

Cleaning up the default code

According to the mockup, the footer should display a "Report bugs" link. The spec specifies that the link should let the user go to your website to report a bug.

By default, ZCLI imports the Zendesk Garden stylesheet in the iframe file:

Zendesk Garden is designed to be a common baseline of styles and components between all Zendesk products. The default link above doesn't include all Zendesk Garden assets, only the Garden component CSS and CSS utilities. A complete list of assets you can import is available from the jsDelivr CDN. See https://www.jsdelivr.com/?query=zendeskgarden. The jsDelivr files are npm packages that can also be installed from npm. See https://www.npmjs.com/search?q=zendeskgarden. Use the Zendesk Garden assets if you want your app to match the look and feel of Zendesk products.

You don't have to use Zendesk Garden in your projects. The choice is yours. In this tutorial, you decide to use the popular Bootstrap CSS as the base stylesheet for your app. You'll add any modifications in a separate file named main.css.

The next task is to change the logo.

Your replacement logo-small.png file should meet the following specs:

The assets folder also includes a logo.png image. Replace this image with a 320x320 version of your logo. The 320x320 version will be displayed in the Zendesk Marketplace where Support admins can browse for public and private apps to install.

In this tutorial, you cleaned up the iframe.html file created by ZCLI, moved the JavaScript in a separate file, added a footer, added some styles, and replaced the logo to meet the design requirements of your app.

In the next tutorial, you'll create a template to display the related information about the requester. Continue to Part 3 - Creating and inserting templates.