This hands-on tutorial shows you how to build a functioning iOS application in 30 minutes that lets users access your Help Center directly from the mobile app. The app also lets users submit support requests to your agents in Zendesk Support.

Zendesk gives you other options for providing customer support in mobile apps:

You need macOS and Xcode to build iOS applications. You can download Xcode from the Apple Developer website or from the Mac App Store.

Though this quick start guide provides step-by-step instructions to build a simple application, it's not an iOS app tutorial, If you're new to iOS development, I highly recommend working through the lessons in Start Developing iOS Apps (Swift) on the Apple website.

The guide walks you through the following basic steps for adding Zendesk Support features to an iOS application:

The tutorial uses version 5.0.1 of the Support SDK. It was tested in version 12.5 of Xcode.

Disclaimer: Zendesk provides this article for instructional purposes only. Zendesk can't provide support for third-party technologies such as Swift, iOS, and Xcode. Please post any issue in the Zendesk SDKs community, or search for a solution online.

This section shows you how to create a quick sample project in Xcode. You'll use the project to try out the Support SDK.

Xcode creates all the files and basic settings for your project. You can view the files in the Project navigator on the left side of the screen. If you don't see the files, click the first icon (the folder icon) on the upper side of the panel. 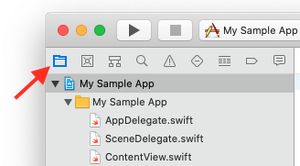 Adding the Support SDK with CocoaPods

CocoaPods is a dependency manager that lets you add third-party frameworks and libraries to projects.

If not already done, install CocoaPods by running the following command in Terminal:

If you are on macOS and are having problems installing CocoaPods using gem, try using brew.

See Getting started on the CocoaPods site.

A Podfile specifies the dependencies of an Xcode project. The file is simply named Podfile with no file extension.

To create a Podfile

Step 3 - Adding the SDK in your project

Important: Because your project now contains a dependency managed by CocoaPods, from now on you must open the project in Xcode by double-clicking the .xcworkspace file.

Before going any further, make sure you successfully added the Support SDK to your project. One way is to run a test build. The application doesn't do much yet, but if you don't get any build errors you know you're on the right path.

You can use the Simulator app that’s included in Xcode to run your application. As the name implies, Simulator simulates running an iOS app on your Mac.

Consider the test a success if you don't get any build errors. You might get some build warnings but you can ignore them for now.

Before a user can use any Zendesk feature on their device, the application has to initialize the Zendesk product SDKs you want to use. The initialization process involves setting initial values and performing other setup tasks.

In this section, you'll update the sample application to initialize the Support SDK dependencies and make them ready for use. The task consists of the following steps:

In Admin Center, click Channels in the sidebar, then select Mobile SDK.

Adding the initialization code to the application delegate

Your application can delegate certain tasks to another object named appropriately enough the application delegate. The AppDelegate.swift file in your project defines this delegate. It contains a UIApplicationDelegate object with methods that run in response to important events in the lifetime of the application. For example, one method runs on application launch. You can add your own code to these event handlers.

Creating a navigation controller for the SDK features 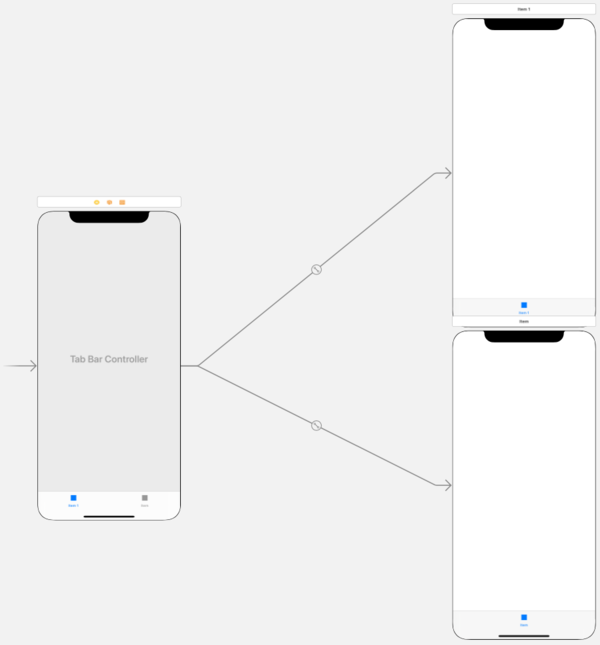 Assume the first view controller is reserved for the main features of your fictional app. You won't worry about it here.

Before you can add the Zendesk Support features to the navigation controller, you need to make the controller customizable. You make controllers customizable by subclassing them, as described in this section.

Build and run the application to make sure everything is working. After clicking the second tab (labeled Item 2) on the home screen in Simulator, you should see the following screen elements:

That's it. The completed SupportNavController.swift file should look as follows:

Build and test the application in Simulator. After tapping the second tab on the starting view, your Help Center should open in the app and let you browse and search the content.

The Help Center also lets users submit support requests (tickets) and view their open requests. Tap the note icon on the top-right to try it out.

At this point you should have a working iOS application that lets users open your Help Center and submit support requests. Use this sample application to experiment with the rest of the framework.

For example, you can limit the number of articles displayed by specifying a list of section or category ids. You can also scope the content by supplying a list of labels. See Adding Help Center in the Support SDK documentation.